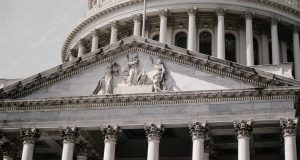 The American Association of University Women (AAUW) is proud to announce its gender policy agenda, which outlines our priority issues for the 2020 election season. As a non-partisan organization, AAUW does not endorse specific candidates, but throughout our 140-year history, we have been a staunch advocate for policies that improve the lives of girls, women and their families. Here’s what AAUW would like to see implemented to advance gender equality in education and the workplace.

Click below to donate with your debit or credit card or with PayPal: